Paul Naas has been involved in animation for over 20 years. Starting out as a traditional 2D animator in the days of cel paints and shooting on film, he got some early professional experience while still in school, working on station IDs for MTV. From there, he went on to create his own independent films, which have been shown in touring festivals all over the country.

Professionally, he has worked in studios large and small, and has animated on projects as diverse as games, TV spots, interactive web media, and location-based entertainment. Paul was one of the first instructors hired by the Disney Institute in Florida, and spent over 2 years teaching animation technique to Walt Disney World guests and employees. While at Disney, Paul worked on public service announcements for Unicef's Campaign for Children's Rights that were screened at the prestigious Annecy animation festival, as well as broadcast in countries all over the world.

Paul first got into 3D computer animation - the subject he currently teaches at Cañada - in 1994 and is also experienced in tools such as Flash and After Effects. Despite his diverse tool knowledge, Paul believes the most important tool for any successful animator to have is a solid grounding in traditional art skills and animation theory and technique.

Hyla Lacefield studied photography starting over 20 years ago and took one of the very earliest courses in the original Photoshop. After classical training in photography using film and chemicals you needed a permit to own, she went on to a Master's degree in the far less caustic area of Anthropology (or art pre-history as she liked to call it). After getting her degree, it wasn't long before she was right back in art, this time in the games industry working for Maxis, Inc. on several of their Sim titles. She became a jack-of-all-trades in the industry, doing 2D and 3D art for various companies, but focusing heavily on use of Photoshop in production art. She brings to her courses a strong basis in composition, color and design combined with close familiarity with the technical aspects of production art. 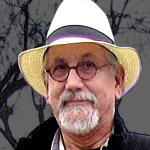 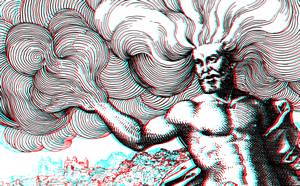 James Khazar is an educator and artist practicing in the field of digital media. He teaches in the San Francisco Bay Area and has more than thirty years experience as a multimedia designer and art director for companies like Adobe, Oracle and Apple Computer. He is currently exploring new web and mobile technologies and creating artwork based on dreams and early Christian symbolism.